When a concert hall closes, it is usually a dark day for the New Zealand entertainment industry. But in the case of the Logan Campbell Center, Chris Schulz couldn’t be happier.

In early 2018, in the midst of a series of absolutely legendary summer shows, an emerging American R&B star called SZA gave her first New Zealand concert. It was delicious, a show full of superfans singing every word of songs like “Supermodel” and “Love Galore” at full volume. These are songs that would soon earn him a Grammy. It was a real unmissable moment.

I cracked. The trigger wasn’t SZA’s performance – it was the place. Logan Campbell Center has been Auckland’s worst live music venue in quite some time. At that point, I was sick of going to concerts there. Parking was a constant nightmare. The place was cold. He lacked charisma. The sound was often dismal. And it was dangerous.

Inside, under the bleachers, there were blind spots and dimly lit areas that made it a shady place. I saw some incredibly bad behavior there: fights, hits, punches and all-in brawls. I don’t like it, and I left several shows earlier because I didn’t feel safe.

Despite all this, the promoters continued to use it. Maybe it was cheap, maybe there weren’t any other options, I don’t know. What I do know is that on January 9 I had had enough. In my review, I aimed at the place, told the world I was done with it, and called the Logan Campbell Center a “run down tin shack next to a Greenlane parking lot.”

I was in a scathing mood. I wrote: “Last night only added to the argument that Auckland is in desperate need of a new mid-size venue in the city center – with capacity somewhere between the Powerstation and the Spark Arena – to welcome the screaming hordes of an artist like SZA. “

This time it was for British rock duo Royal Blood, who tore up an incredible and equally impressive set of songs, a wall of noise that seemed way too huge to be composed by just two of them. That night, the air guitars came out in full force. It was glorious.

Here is the title of that one … 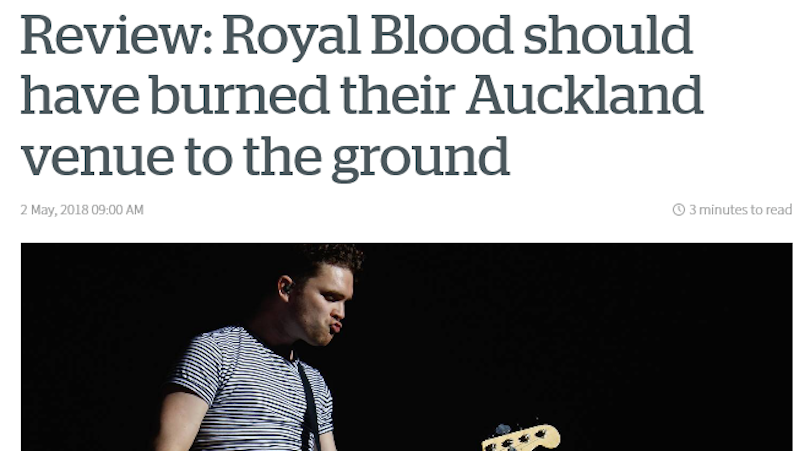 Obviously, I don’t like the Logan Campbell Center very much. Haven’t been there since that great Royal Blood show. I would never choose to go, even for my favorite artists. But when you’re a music critic for a big newspaper, you do what you have to do. Sometimes that means seeing groups or going to places you don’t like.

Over the years, I have accumulated many reasons why the Logan Campbell Center is the absolute worst.

During a scary show from Schoolboy Q there in 2016 an all-in brawl broke out right next to me. As I stepped back, someone grabbed my shoulders and shouted “ARE YOU AFRAID?” Right in my face. I watched, horrified, as he ran right through the middle of a noisy circle moshpit and the king hit someone in the back of the head.

Later in the show, another bettor had a wrestling match with a daredevil security guard on top of a suspended platform at the back of the hall that shut down the entire gig. Even Schoolboy Q cut the music to watch it play.

I was not at the YG concert in 2017 who saw gang fights coming out of the place and into the surrounding streets, making the headlines at the time, and I’m very happy for that.

Obviously, something about the location, layout, or dark vibe of the Logan Campbell Center is tempting this stuff. Of course, violence can and does happen in many other places. But not on this scale. Not with that kind of force. And not as often – at least in my experience. 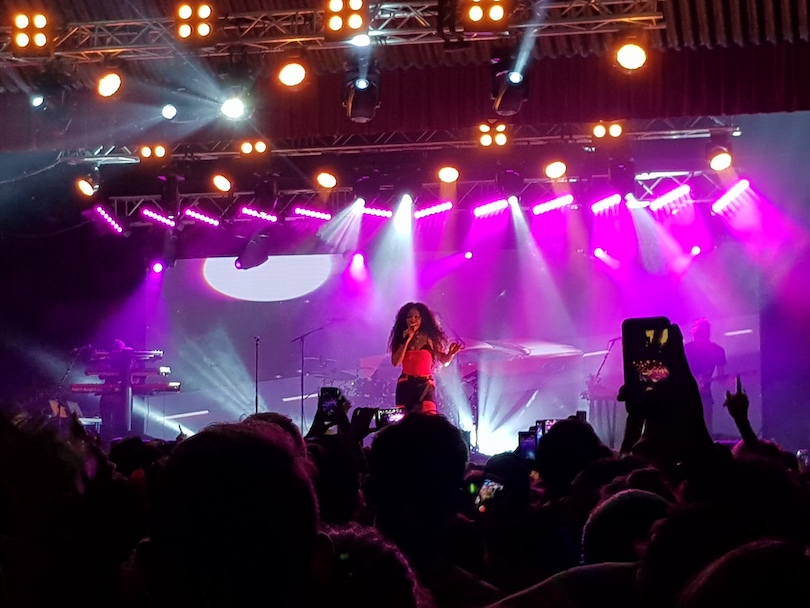 My singular positive memory of a Logan Campbell Center concert was a joint performance by rapper Nas and reggae artist Jr Gong Marley during the time of their underrated 2010 collaborative album, Distant Relatives. “Absolutely spectacular” is what I called her at the time. But even that show comes with a warning: Management later told me the concert was completely overcrowded, with hundreds of people flocking with free tickets, overcrowding the venue to the point of becoming a fire hazard. .

The point is, for years I have been saying that the Logan Campbell Center should have been closed, overhauled, replaced, or completely renovated.

Yesterday I got my wish.

Radio New Zealand reports that ASB Showgrounds is in liquidation. This means that all upcoming events, including the Home Show and Baby Show, as well as anything planned inside the Logan Campbell Center, which is only a part of the Showgrounds, are postponed or canceled. . Made in the 90s, a nostalgic festival scheduled for next March, should probably start looking for another venue to host Coolio and Blackstreet. 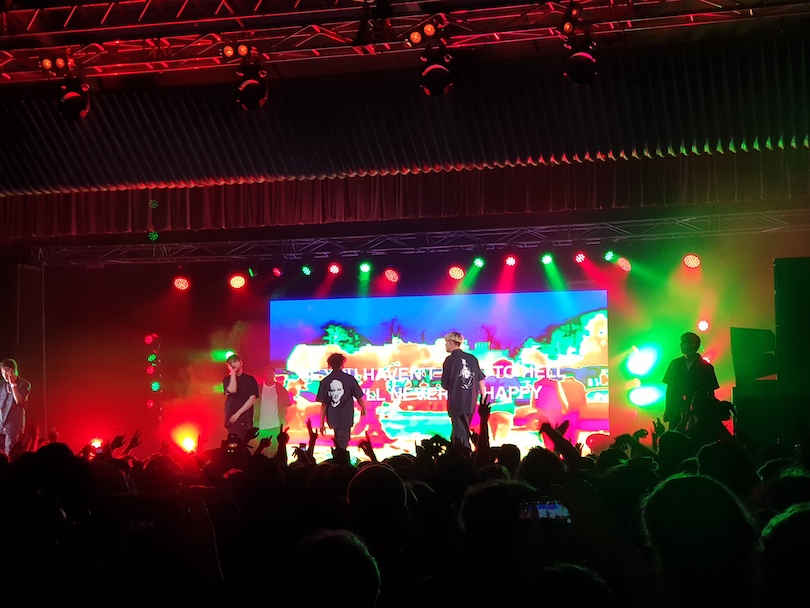 It’s usually bad news when a concert hall closes. The Logan Campbell Center has an incredibly rich musical history that, if it never reopens, will die with it. FM setlist confirms it was very popular with 80s artists: Tom Petty, Roy Orbison, The Clash, UB40, Split Enz, Cold Chisel, U2, Twisted Sister, Crowded House, Run DMC and INXS all performed there at the during this decade.

In the 90s, it became the favorite haunt of grunge and rock artists. The Cranberries, Green Day, Foo Fighters, Faith No More, Beck, Bush, and Weezer have all performed concerts there. Nirvana played their one and only New Zealand show there in 1992, ending their set with ‘Smells Like Teen Spirit’. Many remember Oasis playing a typically chaotic and drunk mid-90sIt’s a gig there too, but it’s not listed on Setlist FM.

The Logan Campbell Center has a heritage that stretches back decades. It means something. Its liquidation also means something else: lost jobs for theater staff and less choice for promoters. For artists whose live-action popularity falls somewhere between The Powerstation (capacity 1,100) and Spark Arena (12,000), that leaves them in a sticky situation. The Logan Campbell Center accommodates approximately 3,000 people, and with the St James of similar size still dormant, this means mid-level groups only have a choice of seated venues like Aotea Center or The Civic.

It’s a problem, an Auckland has to do something. What I said in 2018 still stands: Auckland desperately needs a venue larger than the Powerstation, but smaller than the Spark Arena. As borders open and international acts return to our shores, this fact will only become more apparent. The loss of the Logan Campbell Center, if it’s for good, is going to hurt, even if it’s a super shit tin shed.

But, please, now that he’s in liquidation, let’s leave him alone. Do not resuscitate him. Sell ​​it, flatten it, and use that space to build apartments like the rest of that stretch of road in Greenlane. Use it as a reason to fall behind and speed up St James’s renovations. It’s the same size, it’s central, and it also has a similar history stretching back decades. The St James deserves to be reopened.

Despite its history, Logan Campbell Center does not. The days of going to a cold gray trash can in the middle of nowhere to watch a show and risk getting hit on the head are surely over. Sorry SZA, even for Grammy winners, it’s not worth it.

Subscribe to the Bulletin to receive all of the day’s key news in five minutes – delivered every day of the week at 7:30 a.m.