So what happened yesterday at noon? A plan launched by Senate Minority Leader Mitch McConnell on Wednesday would extend the borrowing limit until December – offering respite but no long-term solution, and futures have rallied to this news and still have l Looks like I didn’t know what hit the short-term downtrend. Politics aside, it wouldn’t be hard to imagine that this debt ceiling fiasco could continue until next year’s midterm elections when none of the planned spending materializes. What this does to markets that always see reactionary trading with such news bytes is constant grinding. Let’s face it, despite all the negativity associated with vaccines, sentiment is pushing the markets and if people in countries are not convinced of their safety, economies will likely continue to fail and struggle to keep pace. Probably most important in today’s economic calendar is that unemployment benefits for the week ending October 2 are due at 8:30 a.m. falling weekly numbers resulting in a robust monthly number for tomorrow. The valuation drifted higher as yesterday’s RTH recorded a decline from the previous session in terms of a checkpoint. This morning we’re drifting higher on the news, so use the spread rules wisely. Day-to-day participation is mixed and starts at around 4,362.75 all the way up to 4,385.50 with a short participation passing above 4,394. 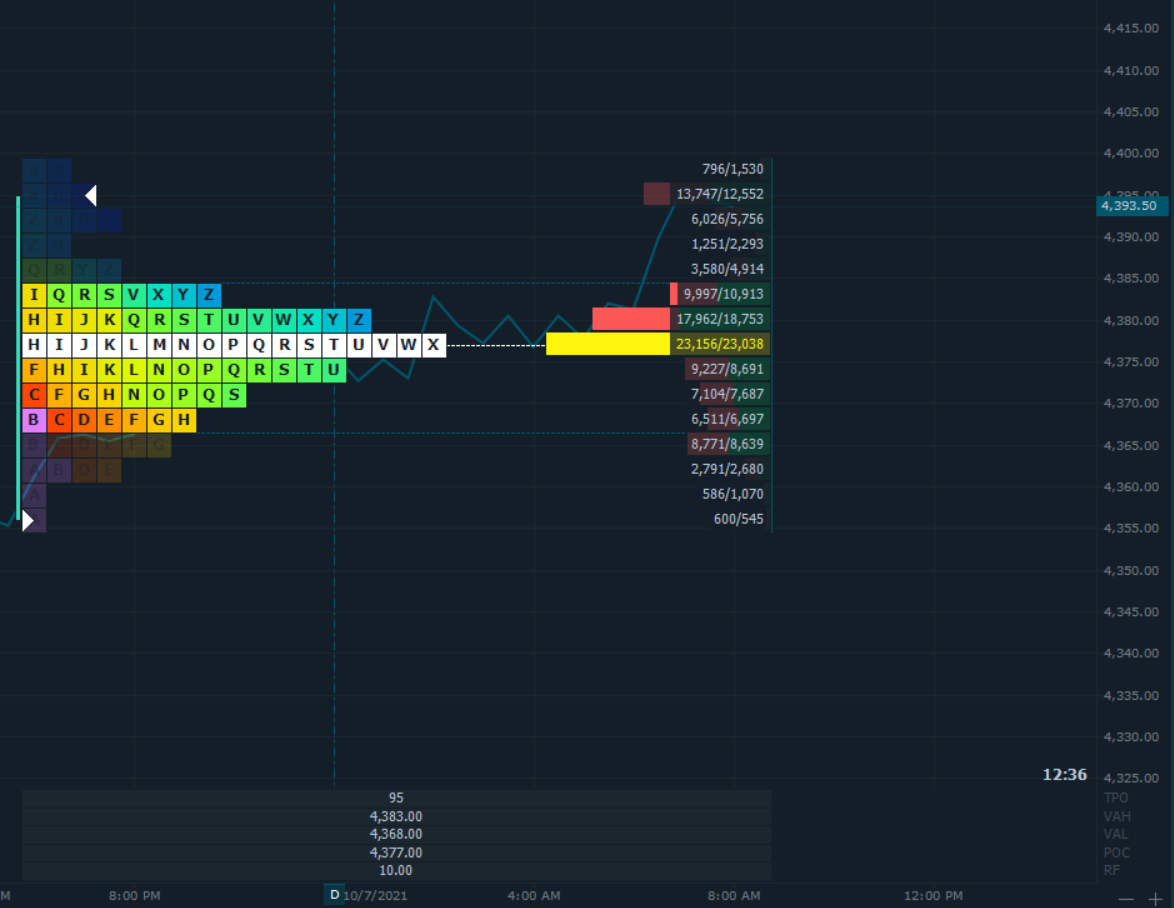