Watch This When You’re High – The Ancient Indian Temple Hoysaleswara 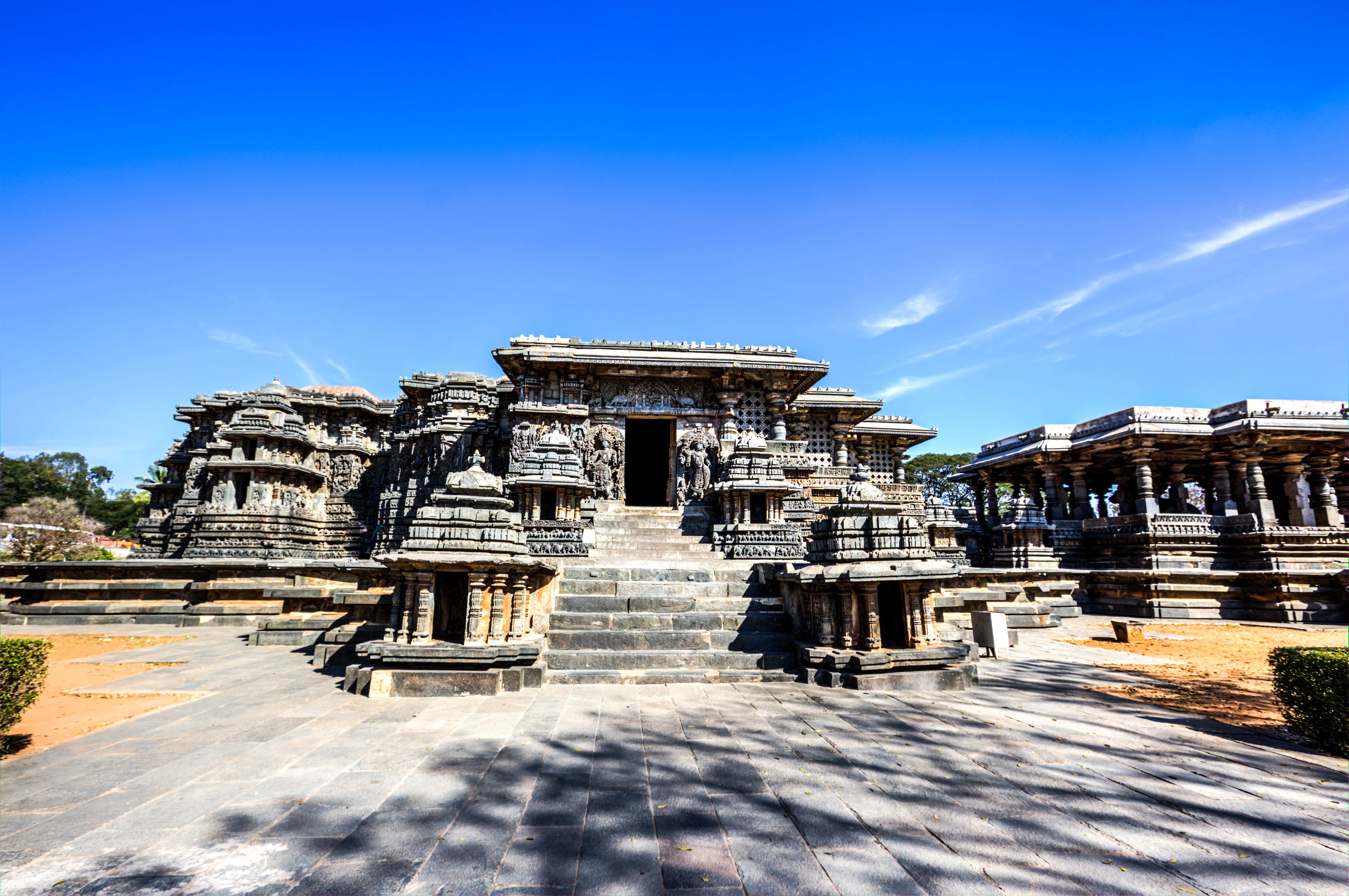 The mysteries surrounding this temple, its intricate and detailed construction and design are quite interesting.

At first glance, the Hoysaleswara Temple looks like another beautiful work of art from ancient times.

The Hoysaleswara Temple is a monument to the tradition of Shaivism, but reverently includes many themes from the tradition of Vaishnavism and Shaktism of Hinduism, as well as images of Jainism. The Hoysaleswara Temple is a twin temple dedicated to the Hoysaleswara and Santaleswara Shiva lingas, named after the male and female aspects, both equal and joined at their transept. It has two Nandi shrines outside, where each seated Nandi faces the respective Shiva linga inside. The temple includes a smaller shrine for the Hindu sun god Surya. It once had superstructure towers, but no longer and the temple appears flat. The temple faces east, although the monument is currently visited from the north side. The main temples and Nandi shrines are based on a square plan. The temple was carved out of soapstone. It is notable for its carvings, intricate reliefs, detailed friezes as well as its history, iconography and inscriptions in North Indian and South Indian scripts. The temple artwork provides a pictorial window into South Indian life and culture in the 12th century. About 340 large reliefs depict Hindu theology and associated legends. Many smaller friezes narrate Hindu texts such as the Ramayana, Mahabharata and Bhagavata Purana. Some friezes under large reliefs depict his narrative episodes.

If we look closely at the detailed carvings and stone work, circular lines are seen on the pillars of the temple. These lines can only be achieved by machining the pillars on a “lathe”. These intricate effects are impossible to replicate with a hammer and chisel. Although archaeologists agree that these grand and striking pillars were made using lathes, they have no convincing explanation for this type of innovation 900 years ago! Carving intricate and ornate designs into hardstone pillars would be an incredible feat!

Even today, working a lathe on a small piece of metal or wood is quite tricky and difficult. The complexity that a 12 foot stone would have posed is unimaginable, even at the cutting edge of technology! How these magnificent pillars were shaped almost a thousand years ago remains a perplexing question.

So who really built this temple? And how did they do it?

Did the same people (or extraterrestrials) responsible for building the pyramids and the sphinx in Egypt participate?

Keep the suggestions coming. Keep them classy. No butt stuff.

A plug-in hybrid the right way